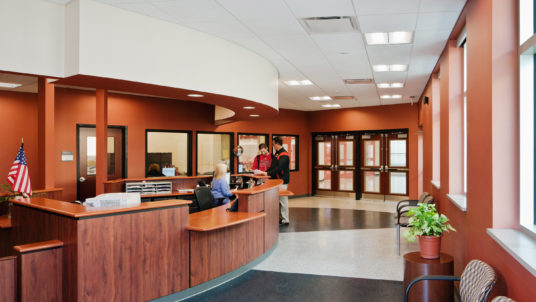 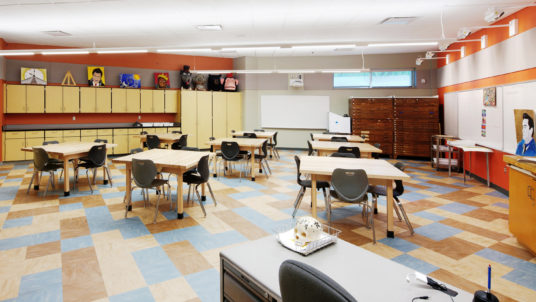 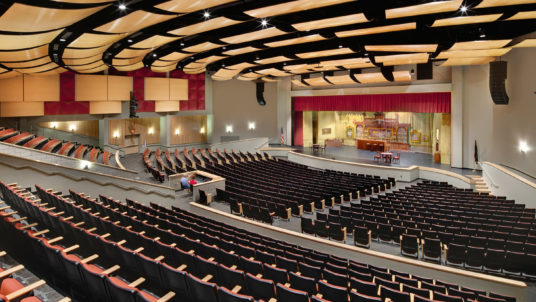 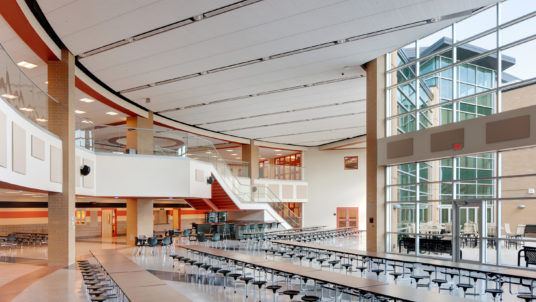 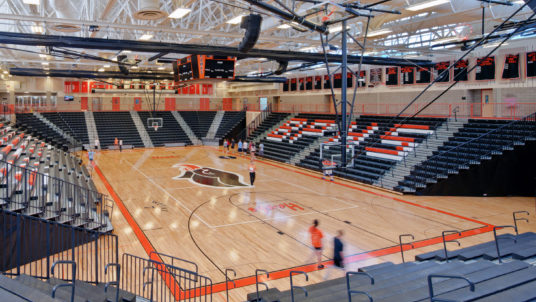 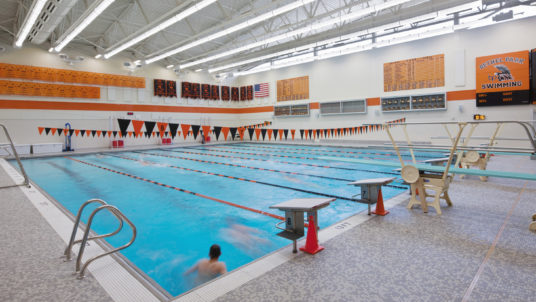 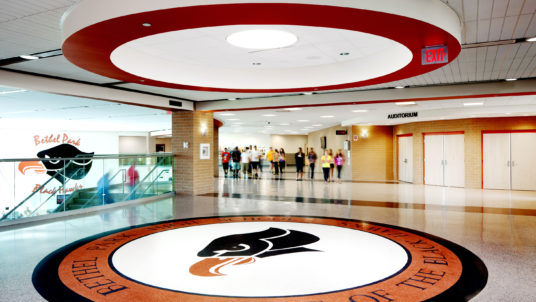 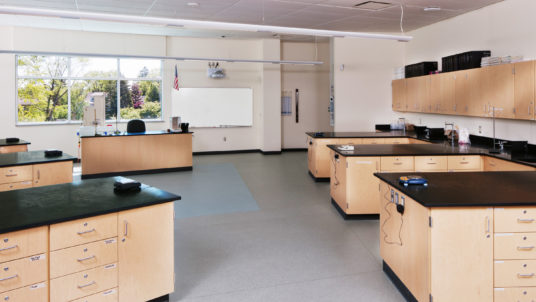 Bethel Park’s High School campus had outlived its usefulness and the original “California” campus concept it modeled no longer provided a functional link between today's educational specifications, building capacity and site size. The classrooms were not conducive to evolving educational trends, were expensive to operate and the educational technology was an assortment of disparate systems that served only to maintain rather than enhance learning space needs. Eight separate buildings required students to change buildings several times a day. This was troublesome, particularly in the harsh winter months and posed a significant security risk for the district.

After an assessment of the facilities the decision was made to build a new high school on the same campus. Land scarcity, suburban location and other site size limitations had to be managed appropriately through planning, design and construction. This required a complex phasing plan to meet the schedule deadline and to provide a safe environment as the existing buildings would be used during construction. Since the existing site had a limited amount of flat land (which was already occupied by the existing campus) the only area available was a steeply sloped portion of the site used in previous projects as a disposal site for construction materials.

WMF, in association with Hayes Design Group, developed a concept that created a new high school, comprised of a single building with three connected multi-level elements consisting of an athletics wing, fine arts wing, and an academics wing. Athletic support facilities and locker rooms related to the existing stadium were also integrated into the new high school.

The building mass stepped down the slope from the highest level where the existing site circulation was, enabling controlled exits to grade at every level. The public zones were centered around the main entry with high impact views into a monumental stair and student commons/cafeteria with access to a protected multipurpose courtyard. A secure entrance sequence was designed, and the building was zoned into controlled areas with special character and technology appropriate to the use.

The pursuit included an intensive outreach effort to involve the community through the planning and design processes. This effort was essential in developing community support and assisted in driving the project forward through several school years. The new high school was completed while maintaining function of the existing buildings which were then abandoned, demolished and converted into new parking, physical education fields and multi-sport synthetic turf facilities programmed for use by the entire Bethel Park community.

The high school has been a ringing success for both the district and community. The Master Builders Association in Pittsburgh recognized the high school with the 2013 Building Excellence Award for Best New Construction Over $25 million. The project also achieved a Level 3 Green Globes rating, reducing the annual operating costs and contributing an additional $1.4 million dollars in state reimbursement. 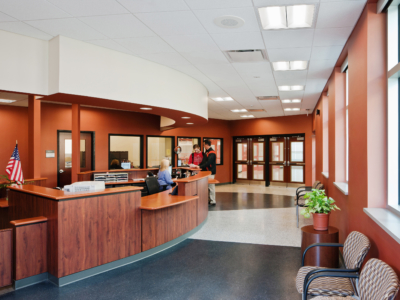 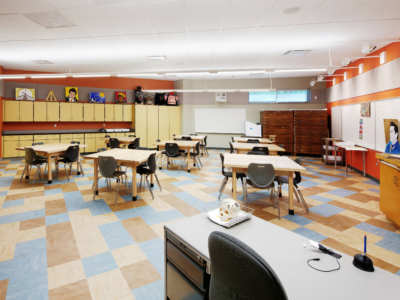 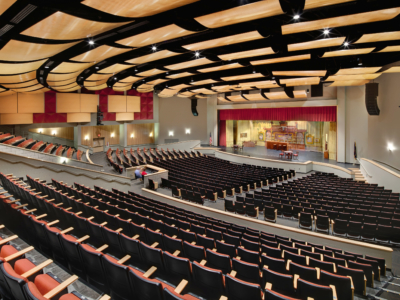 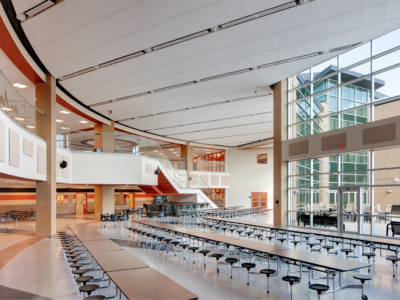 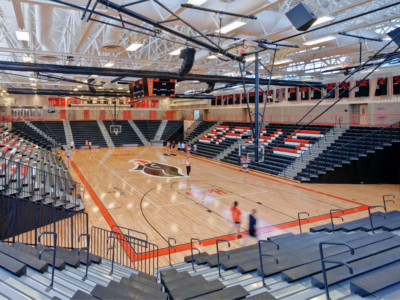 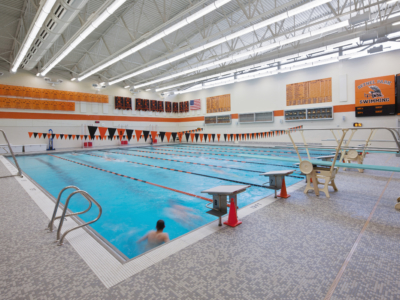 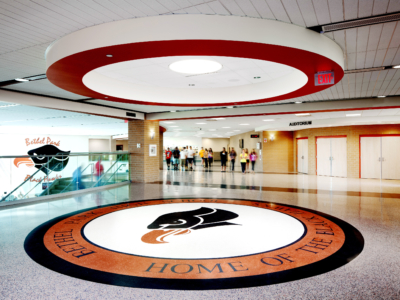 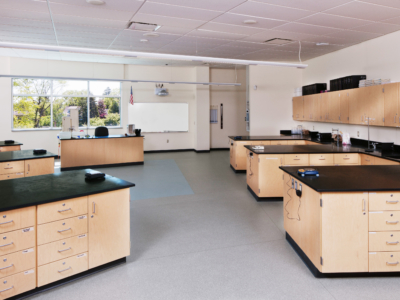